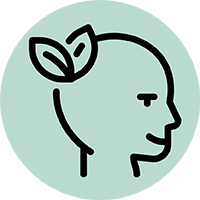 Supplemental Benefits Pay the Bills for Farmer After Heart Attack

For Dale Molitor, a 59-year-old from Stearns County, Minnesota, farming is everything. From milking cows, raising beef cattle, growing crops and even meeting his wife on the farm, Dale has harvested nearly all he needs from his deep Midwestern roots. When it came to insurance, though, Dale’s options were not as plentiful.

Dale is thankful for the day a Platinum Supplemental Insurance sales representative knocked on his door to show him supplemental insurance options that could benefit him. Afterall, his decision to purchase a policy from his Platinum agent that day may have saved his hard-earned livelihood.

Major medical insurance can be tough to purchase as a full-time farmer. In Dale’s case, he was limited to government-run insurance programs or purchasing individual insurance through a private entity, which can come with high premiums and deductibles. Fortunately, Dale’s wife worked at a local bakery, providing them an additional insurance option they could manage.

Like many, Dale felt somewhat secure with their major medical insurance, but he still knew it could leave him with high out-of-pocket costs if anything serious should happen. After a conversation at his kitchen table with his Platinum agent, Dale could see how the direct benefits of the indemnity policy could add a layer of protection for his family and his farm. So, Dale purchased a policy.

“Basically, we took the lowest price policy we could, just to have some extra protection in case we needed it,” Dale says.

Dale initially purchased a supplemental cancer policy, and a few years later, upon a second visit with a Platinum representative, Dale and his wife took out the cancer, heart attack and stroke policy.

“Platinum would work with the farmers directly, instead of going through like a co-op type of insurance. So, I really liked that part,” Dale explains. “They came out and offered it to farmers and people in the country, and as long as they were willing to come out and meet with us on the farm, it seemed like a better fit for what we wanted.”

Peace of Mind When “Just in Case” Becomes Reality
Planning ahead for a critical illness is important, but, of course, undesirable. Nobody plans to need their supplemental health insurance, but not even a year into having the policy, Dale experienced a heart attack.

“In the back of my mind, I thought, well, at least I have Platinum insurance.”*

“You know, it was kind of a stress reliever, knowing that I had Platinum insurance or had an insurance policy, I should say, for covering a heart attack,” Dale recalls. “At least you know you can focus more on healing and not worrying about getting back out there and making a few dollars farming.”

Dale was in the hospital eight days for treatment and recovery. Due to a blockage in his heart, Dale underwent triple bypass surgery and spent the following days rehabilitating in the hospital. Upon returning home, Dale called to file his claim.

“I had a very wonderful experience with the girls in the office,” Dale says, as he expresses appreciation for the representatives he worked with each time he called.

Dale’s claim was filed right away. All Dale had to do was answer a few questions with Platinum customer service about his heart event, and then he asked his doctors to fill out some additional paperwork.

Dale didn’t end up missing a lot of work on the farm, thanks to bad weather. When there was work to be done, his brothers stepped in, allowing Dale to rest. But, because Dale was unable to sell steers or corn to bring money in, there was no income to pay off the credit card bills that continued to show up in the mailbox. That’s when Dale and his wife turned to their supplemental insurance policy’s lump-sum benefits for help.

“I used that money to pay the credit card bills, so they didn’t incur interest. It really helped that way, to just keep paying off bills,” Dale explained.

Moving Forward and Sticking With Platinum for Prevention and Wellness
Dale was pleased with the benefits he received from his Platinum-marketed policy. “I was satisfied. Like I say, when I bought the policy, I understood I took the cheaper policy. I knew the payout wouldn’t be as big, but I really didn’t plan on using it when I took out the policy. It was just there in case. And boy, ‘in case’ came up pretty quick.”

Dale and his wife continue to use their supplemental policy’s benefits. The couple schedules yearly health screenings and tests, which are covered by their policy.

“That’s a really nice feature,” Dale notes. “It gives you a little more of an incentive to go in and have like the blood pressure, the cholesterol, your cancer screenings—to get those all taken care of every year, so you can kind of catch the stuff before it gets away with you.”

With this health event behind them, Dale and his wife have a bright future ahead. “We plan on farming a few more years, because I’m not quite old enough to retire, and we plan on sticking with Platinum Supplemental Insurance.”

Platinum is a marketer of supplemental health insurance products.

Policies have exclusions and limitations. For costs and complete details of coverage, contact Platinum Supplemental Insurance.

This is a solicitation of insurance, and an agent may contact you.